There are some apps that overlay themselves on top of other apps and thus run simultaneously with them in the foreground. These apps may then, among other things, display message bubbles, pop-ups or a music or video player. Included amongst these apps are the Facebook Messenger app or apps like Twilight, for example. But additionally, apps such as the IT remote support tool, TeamViewer or the phone book app, which can give a spam warning even before a call is received.

In this How To we show you how to create a policy for fully managed Android devices, that will let you globally disable the Display over other apps app policy and what you need to consider when doing so. 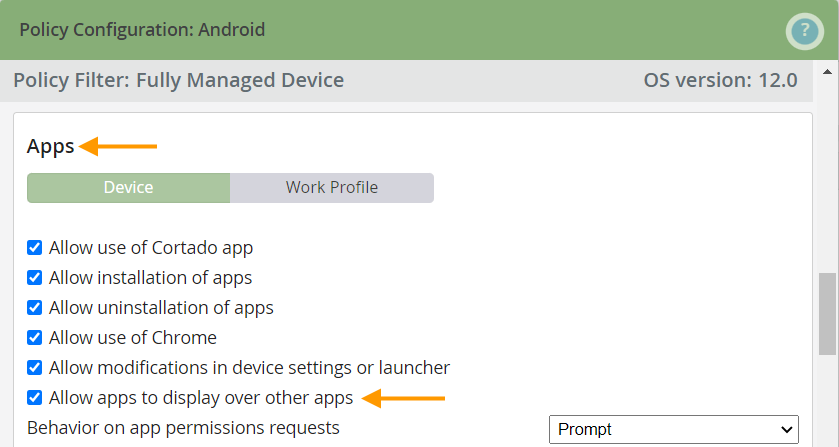 Note! Be aware that for fully managed Android devices, you have control over which apps may be used by the users and that this policy may not be disabled for certain apps, e.g. TeamViewer. 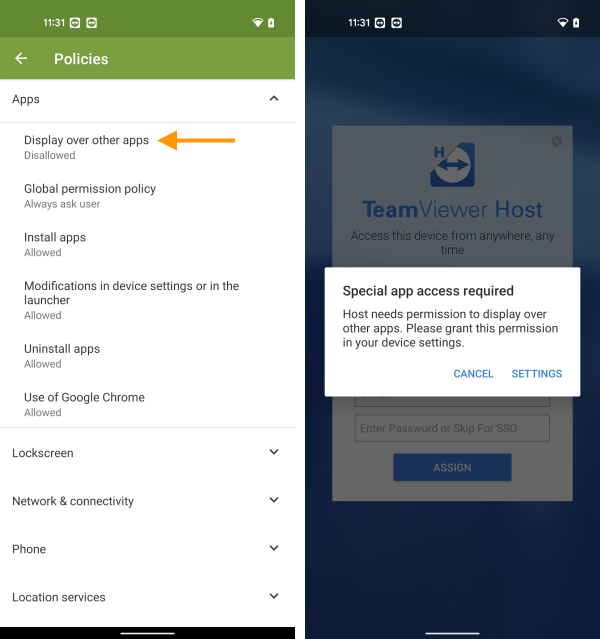