Forcing OS updates on your supervised iOS devices in a defined window of time.

The aim is to establish an homogenous OS version landscape, and to support users who may not always think about installing OS updates themselves. With version 9.7 of Cortado Server and Cortado MDM, we have added Force automatic OS Update, a new supervised iOS device policy which gives you control over coordinated roll outs of available OS updates and so allows you to keep your iOS device fleet always up to date.

Note! This feature is very powerful, so it should always be used with caution. Please observe the displayed warnings.

Under Control Panel→ Devices→ Details, from version 9.7 of Cortado Server and Cortado MDM, you will see a reminder whenever an update is available for a device (example for Cortado MDM): 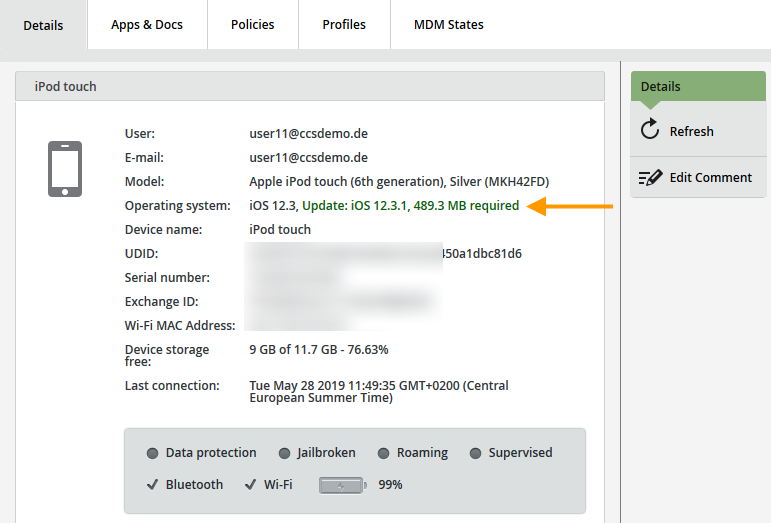 Now, under Control Panel→ Policies, you can also force the available updates to be installed on the users’ devices. 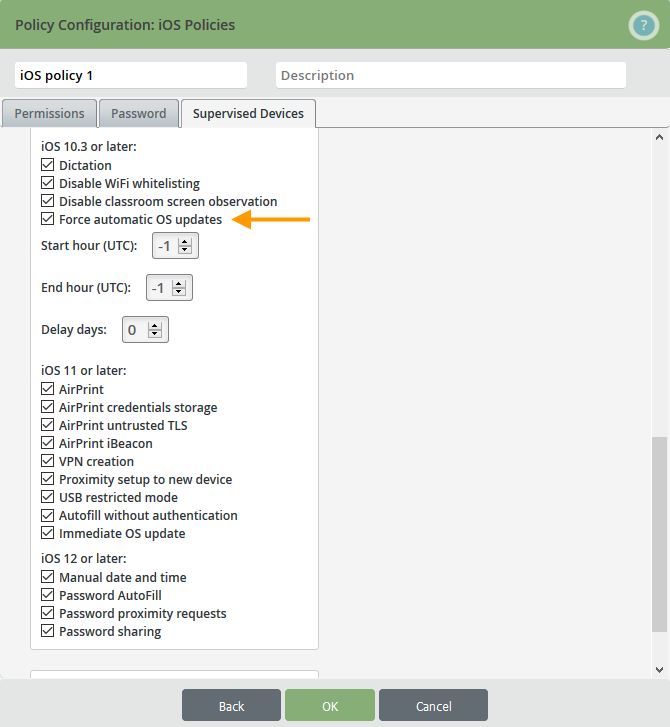 If you want to apply the policy, you have to set a time window for the update:

In practice, it makes sense therefore, to run the OS updates when the device is least likely to be in use. We recommend the following configuration: 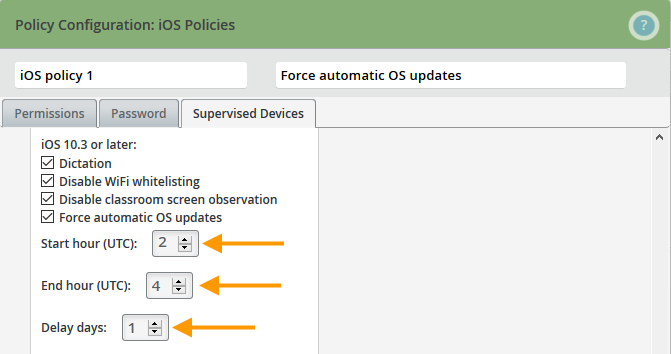 Note! Avoid settings such as Start hour: 22, End hour: 4, to keep the update window open from 22:00 to 04:00. There is a possibility that devices may not cope with these settings, as the value of the start hour is higher than the value of the end hour. 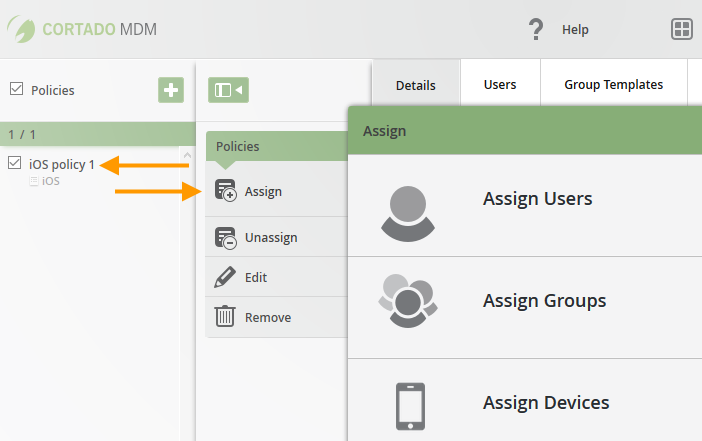 Warning! Especially if you are using legacy apps, you should absolutely ensure beforehand that the apps are suited to new iOS versions. You should also inform yourself of any known problems with the new iOS version. It may make sense to increase the Delay days value mentioned above. We recommend that you familiarise yourself with this feature before you roll it out on a broad scale. Configure and roll out this policy for a test group first, to determine whether the recommended settings are suited to your requirements.