In this How To we will create a per-app VPN profile, using our OpenVPN server and the Cortado server. This profile will let iOS devices automatically build a VPN tunnel when a managed app starts up, and also to independently close it down when the app in question is closed again. This can be especially useful for CRM apps, or apps that have to access intranet resources.

Because we opted for the TUN mode for our OpenVPN server, we need to set up static routing for our intranet resources to communicate with our clients over the OpenVPN server. (The basis for this is that TAP is not as well supported for mobile devices. You can read about the difference between TUN and TAP here.)

We will show you how to do this with Linux and Windows servers.

Setting up a static route with Linux

Open a Shell with administrator rights.

Insert the following lines and modify the IP addresses to match with your environment.

You can set up a static route for Windows as follows.

Start a CMDShell with administrator rights and modify the following command to match with your environment.

After configuring our intranet resources, we can adapt the OpenVPN profile that we configured in the previous How-To, so that it no longer needs to be switched on and off by the user, but is automatically switched on when a user opens a certain application.

Do this by navigating, in the Cortado management console, to Control Panel→ Profiles. Select the OpenVPN profile here and configure it as you see in this screenshot: 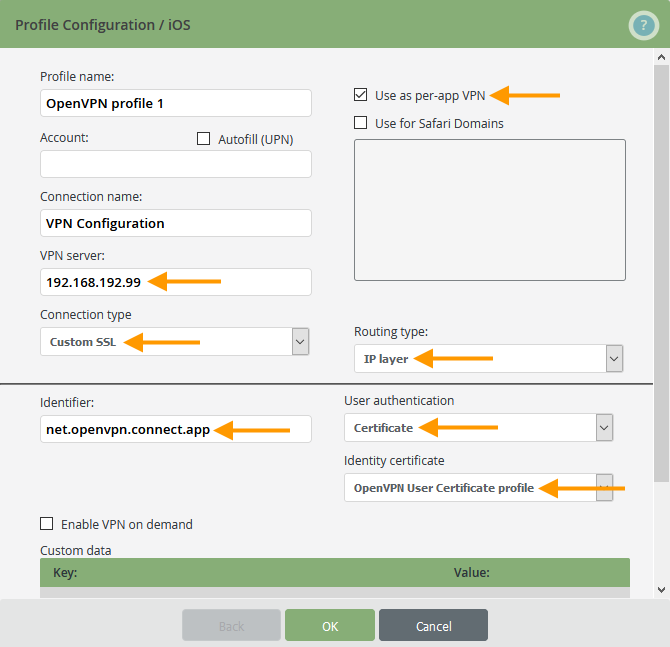 Please replace the given VPN address with your own.

Now go to Control Panel → Apps & Docs and select an app for which a VPN tunnel should be built when it starts up. Configure the app as shown in the screenshot.

For VPN profile, select your OpenVPN profile (example in illus.). 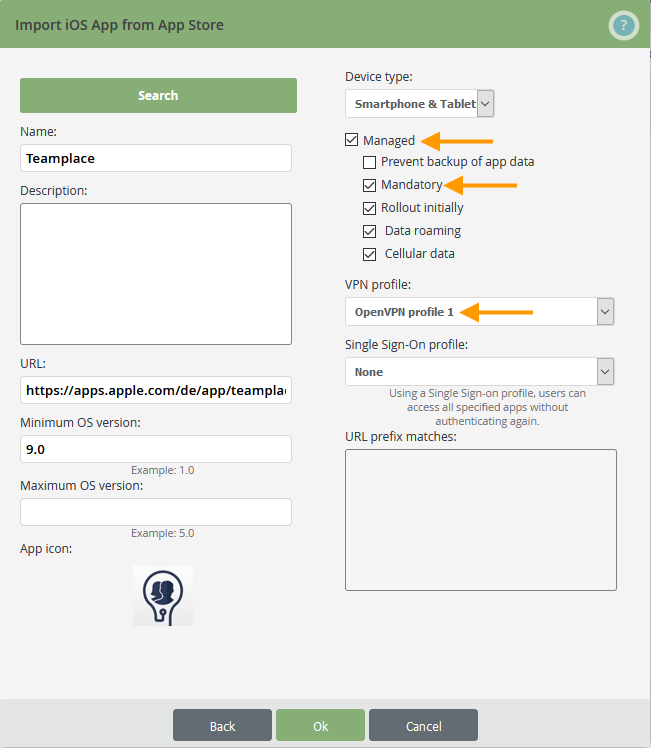 You can now assign the app to the users. You’ll find more information on this here.

It’s time now to test the functionality. If the app is started on a user device, you should see a VPN icon next to the mobile data/WiFi status display in the notification bar. The app should now also have access to your intranet resources.