In this article, we will show you how to assign the apps you have previously added in the administration portal to the users/group templates.

All new created apps are located in the left column under Administration→ Apps.

Note! You can create an additional administrator account for your app manager. 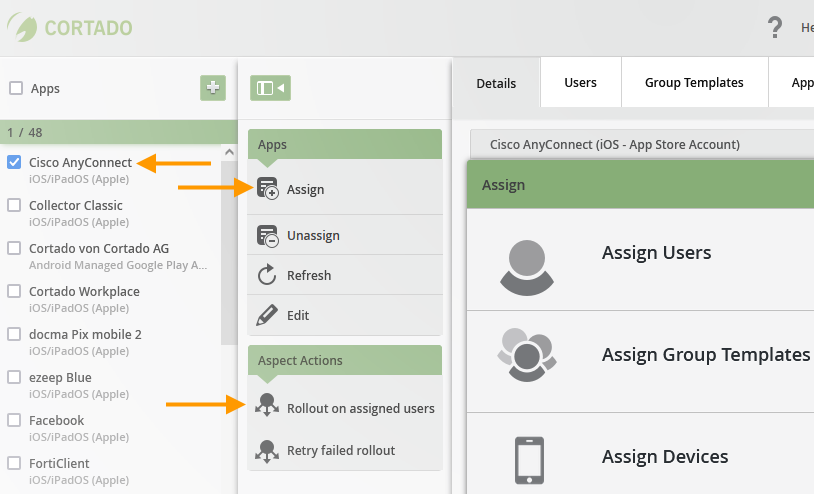 Note!  You can also assign the apps under Administration→ Users or Group Templates.

Apps that are set up as Mandatory and/or Rollout initially app, will now also be pushed to the users‘ devices.

Users will find the apps on there devices.

Users of private devices (BYOD) must first agree to the installation (arrow in the left illus.). After successful installation, users will find the apps on their devices. Business apps cannot be visually distinguished from private apps. Users can get an overview of the business apps in the BYOD app. 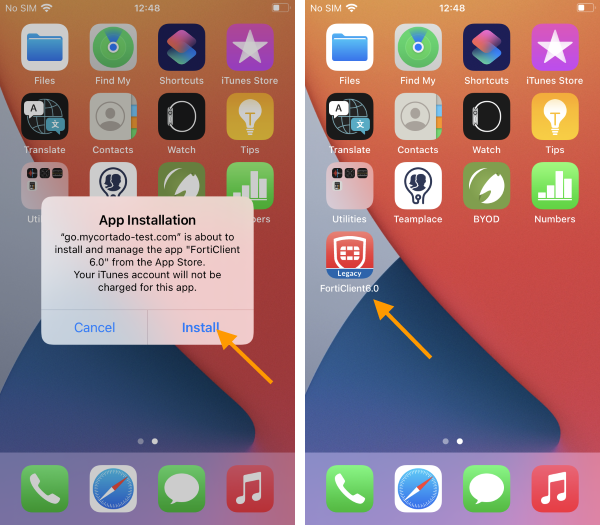 The users can still find apps that are not Mandatory and/or Rollout initially in the BYOD app under Business Apps.