In this How-To we will explain how to set up fully-managed Android devices with a private Google account.

If you decide to hand over app management to the users of otherwise fully-managed Android devices, proceed with Creating Managed Google Play Accounts as follows: 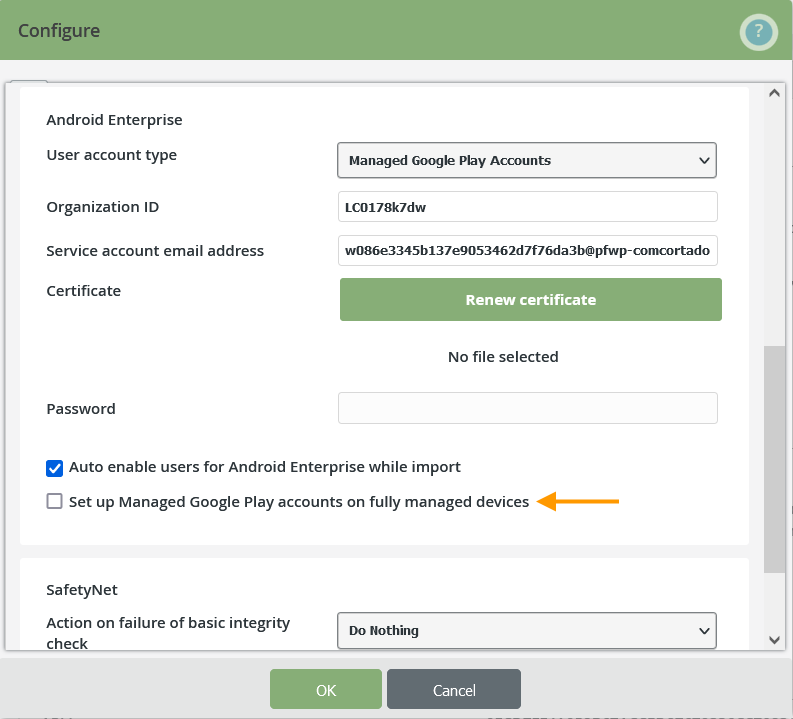 The user devices can now be integrated, using one of the methods described here.

Then, following the device configuration, the users can set up their own Google account in the device settings, under Accounts and backup→ Accounts→ Add account (arrow in illus.). 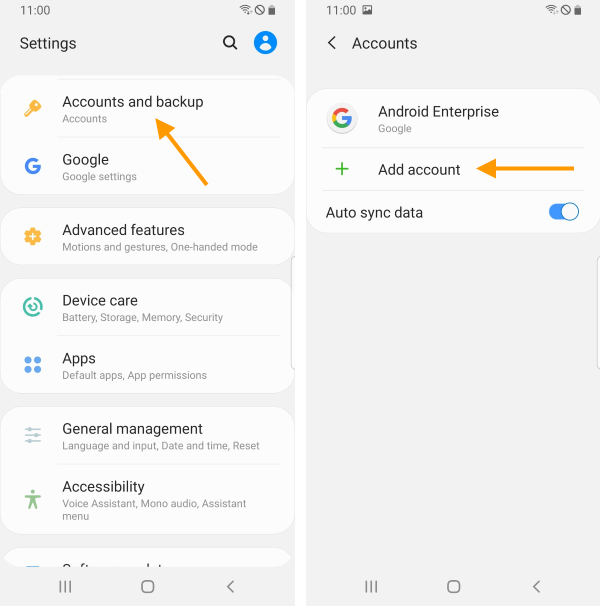 Once an account has been added (arrow in left illus.), the users open the Google Play Store and select their own Google account there (arrow in right arrow). 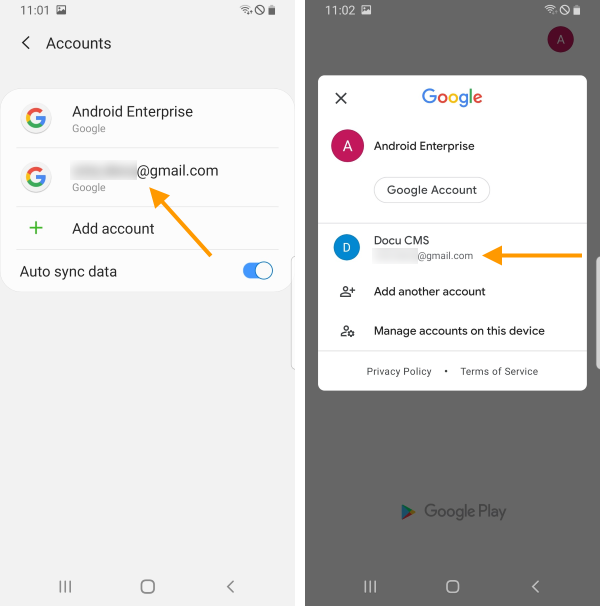 The apps are now managed by the user of the device. Consequently, all previously enacted settings under Apps in the Administration Portal no longer influence fully-managed Android devices.