You can now find them in the same place where the managed configurations for iOS are already located, in the top menu of the app management.

Thanks to the new design and clear structure, creating a managed configuration is now much easier. Another new feature is that you can now create multiple configurations for the same app and then assign them to different users or group templates. For example, the Gmail app can be preconfigured with server name, email address and synchronization interval. For more information, see our help article Creating managed configurations for Android apps. 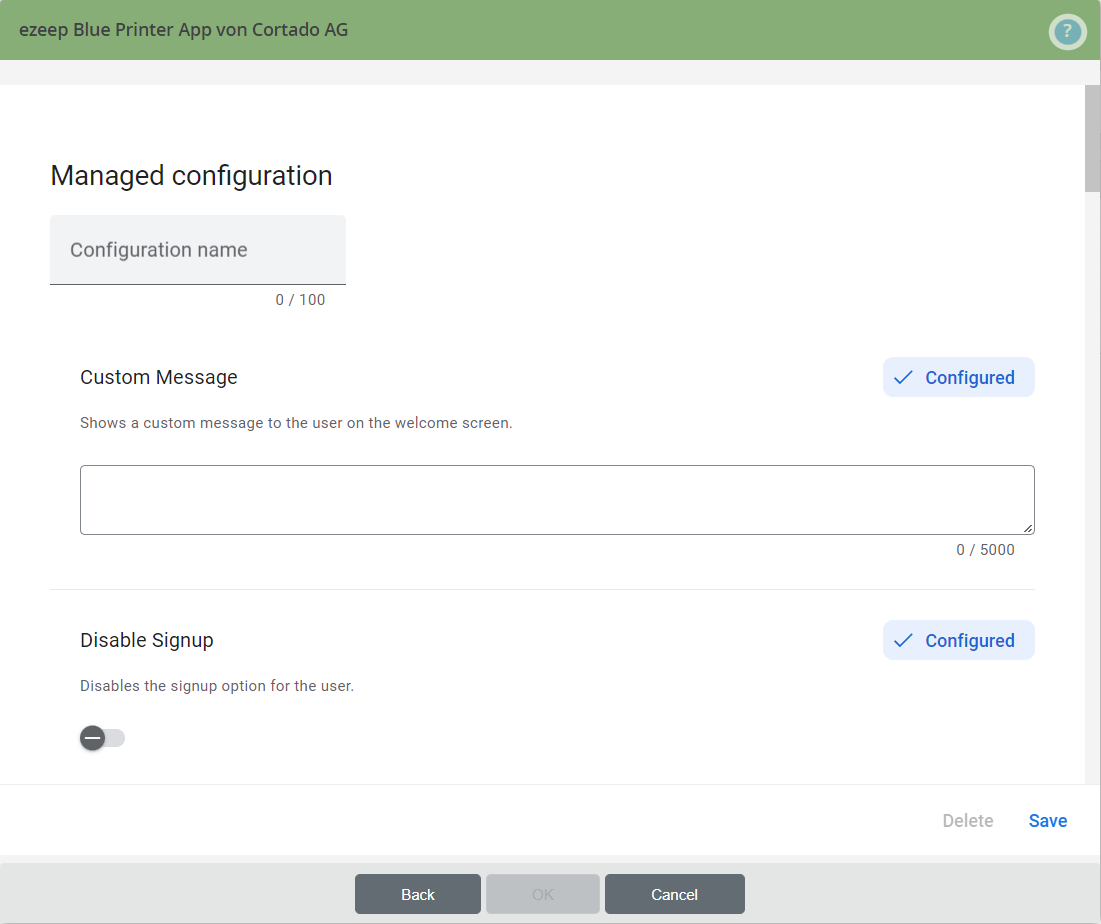 Importing new Android apps is now even faster. Multiple apps can be easily selected without agreeing to app permissions and imported with one click. The default permissions of the app can still be customized later. 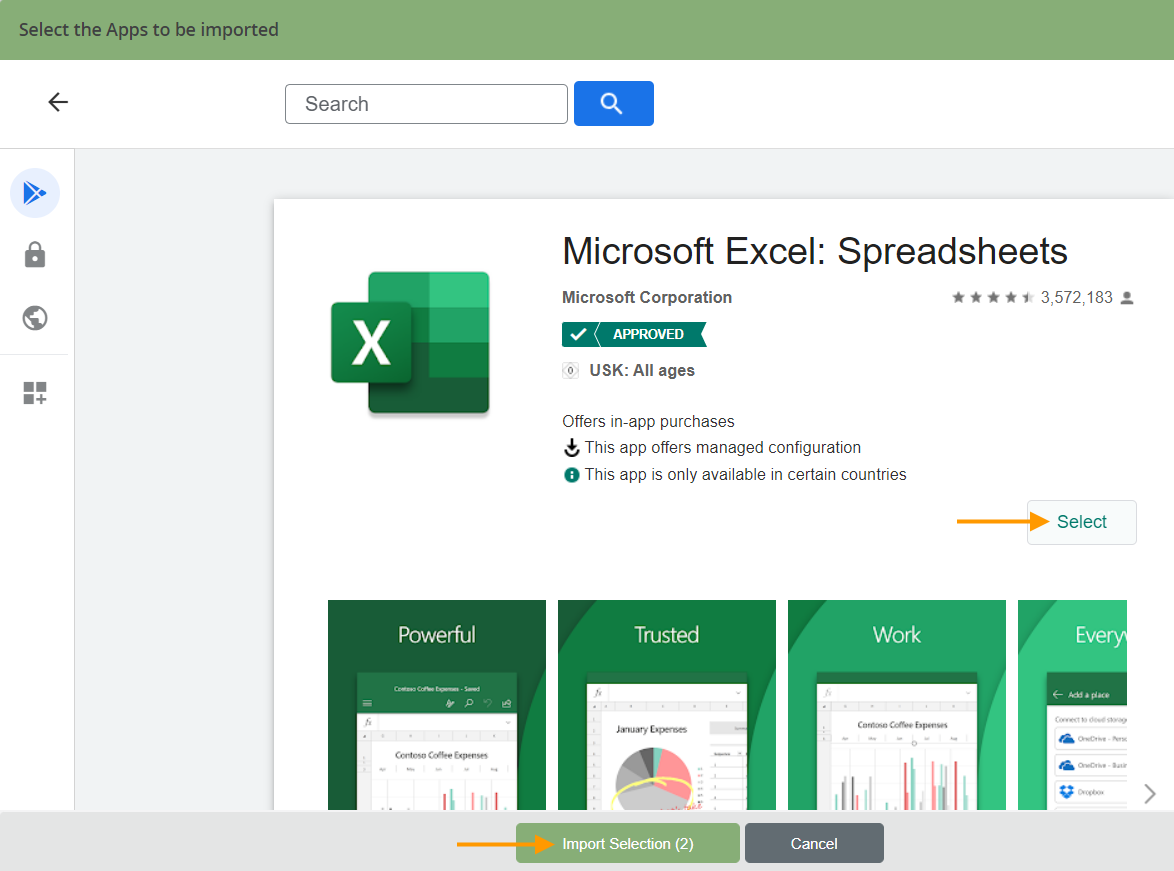