As of iOS version 13, you have a further option for configuring your users´ mobile iOS devices. Alongside the long-existing Device Enrollment, you now have available User Enrollment. With User Enrollment there is a clear separation of the workspace from the privately used area on the device. This enrollment method is therefore recommended when embedding private iOS devices (privately-owned) that will be provided with a managed workspace (BYOD – Bring Your Own Device). As the administrator, you only have access to the workspace and have the option to delete it from the device (Partial Wipe). The user´s private data can be neither viewed nor deleted.

The employment of User Enrollment, requires the creation of managed Apple IDs.Open the Apple Business Manager. for this. Then create a separate, managed Apple ID for each user. Proceed with that as described in the Apple user guide. The users will subsequently receive an email from Apple with the managed Apple ID and a temporary password.

Enter the managed Apple ID for each user under Control Panel→ Users→ Settings→ Edit→ General in the management console. 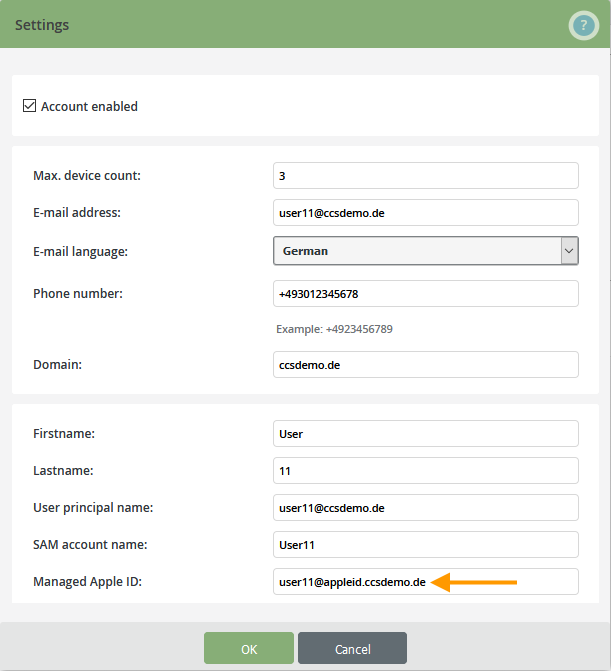 The user can configure the device themselves. Cortado MDM users can find out how this works here and Cortado Server users here. Alternatively, you can configure the work profile together with the user, in the management console (Fast Enrollment).