Note! This feature is not available for Cortado Server.

Managed configurations for apps have long enabled you to eliminate app setup problems by pre-configuring everything needed by your users. The principal disadvantage of managed app configuration so far has been that you had little oversight into the actual impact of those configurations on end-user devices. This is all changing now with Cortado MDM's new app feedback feature.

You receive feedback from the app that will let you know if the app configuration was successful and whether the applied configurations were able to be implemented correctly.

When the app attempts to apply the managed configurations that you pushed, it sends back an encrypted app state for each configuration. However, this can take some time.

You will now be redirected to the device management of the Cortado management portal and can see exactly which device may be having problems processing the managed app configuration. 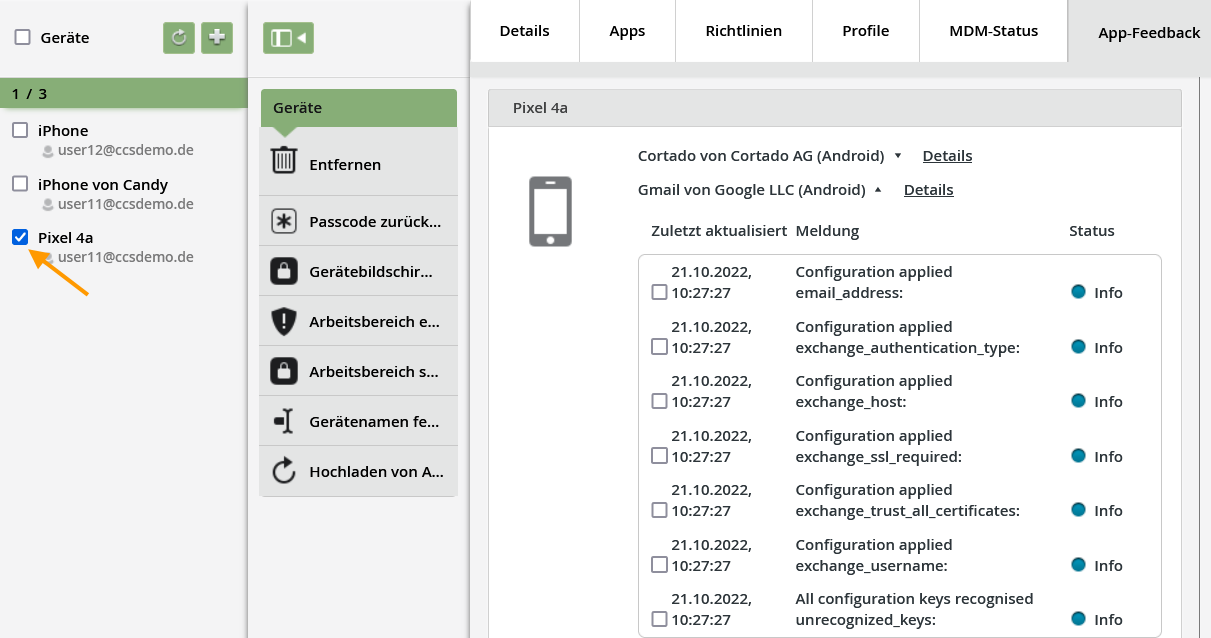 It can take as much as 24 hours for Google to provide the app feedback. However, that process can usually be accelerated. You can force the app feedback to be uploaded by clicking on the corresponding button. 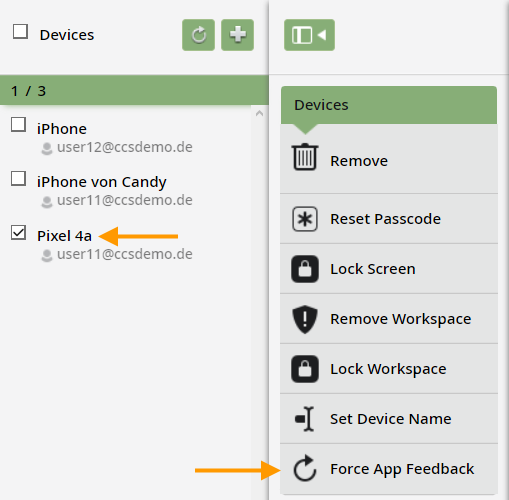 This can be done three times per device within a 24-hour period. Normally, the feedback is then displayed immediately, provided the device is able to be reached.

In the example you can see app feedback given by the Cortado app: 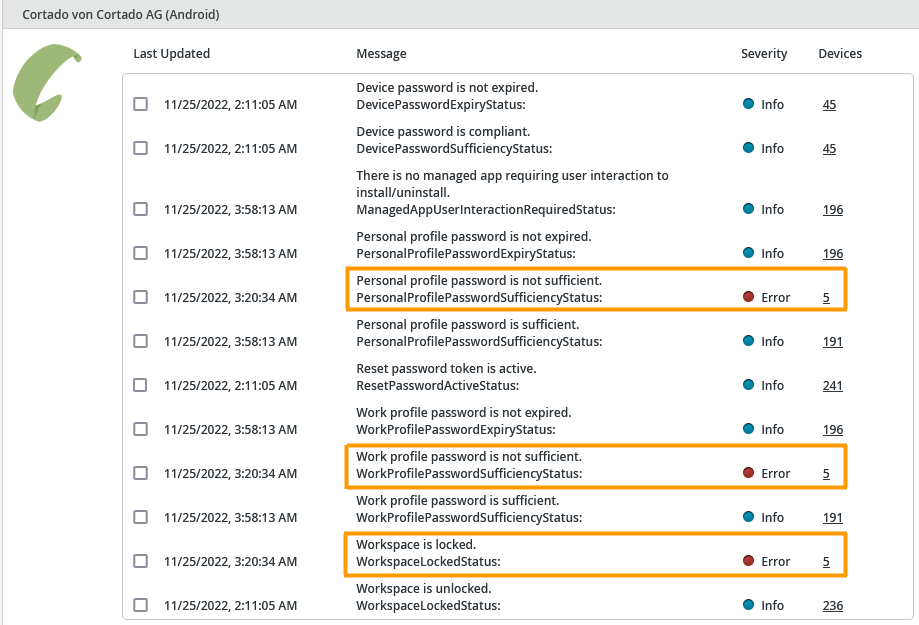