All new created apps are located in the left column under Administration→ Apps. Some apps have already been provided by default with the installation. These apps are saved in the form of links to the app store. 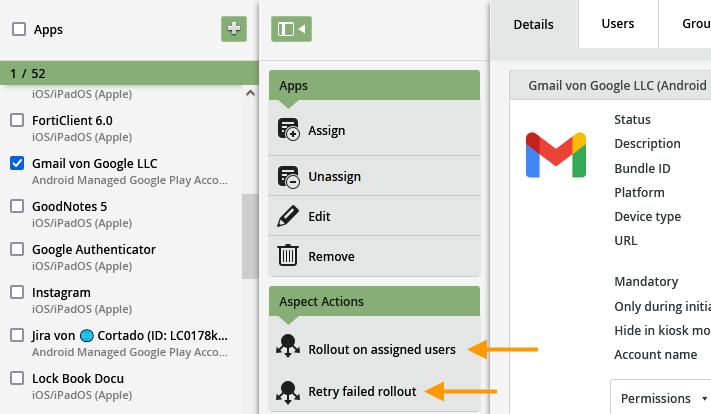 Note! You can also assign the apps under Administration→ Users or Group Templates.

Apps that are set up as Mandatory and/or Rollout initially app, will now also be pushed to the users’ devices. When using work profiles on private devices, the work sapps are marked accordingly (arrow in illus.). 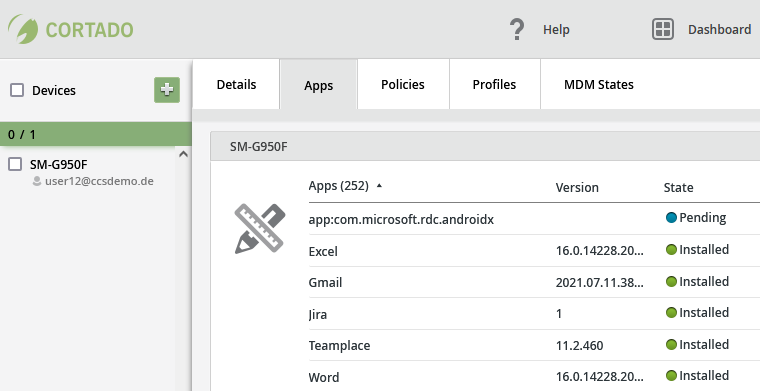 Users can find apps that are not mandatory in the Google Play Store instead. Devices with a work profile have a separate Play Store for work apps (arrow in illus.). 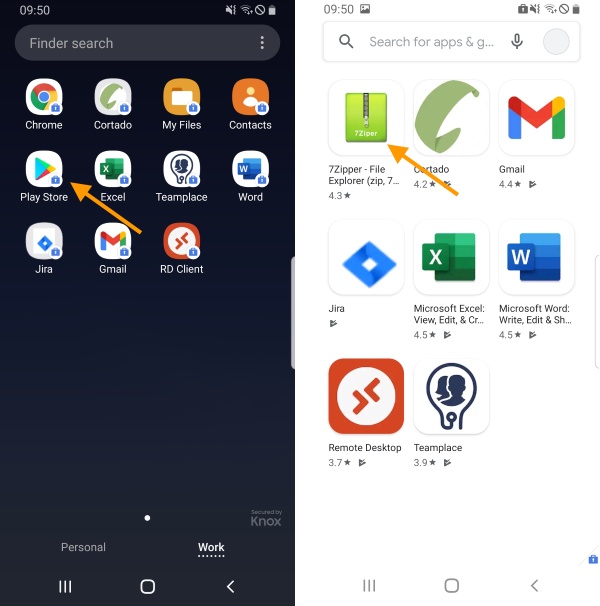