This setup method is available for both Google Accounts and Managed Google Play Accounts for Android devices version 5.0 and above.

If you’re planning to roll out a large number of devices, we recommend that you use the NFC method. To do so, you will need an additional Android device (referred to here as the admin device) for the configuration. You use this to configure the Android device of your users, referred to here as user device. The advantage: During the con­figuration, the Wi-Fi names and passwords, which must be assigned to the users’ devices, won’t have to be separately entered for each device.

Note! Google has discontinued Android Beam from Android version 10.0, if you want to use this enrollment method, you need an older Android device as admin device. The user devices that are to be newly set up, on the other hand, can have newer Android versions. 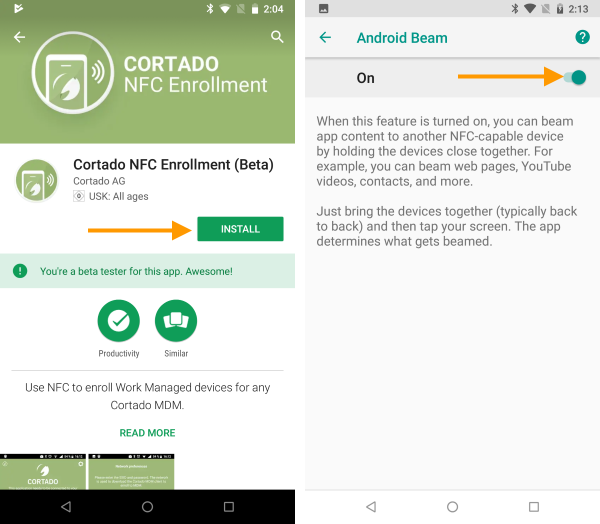 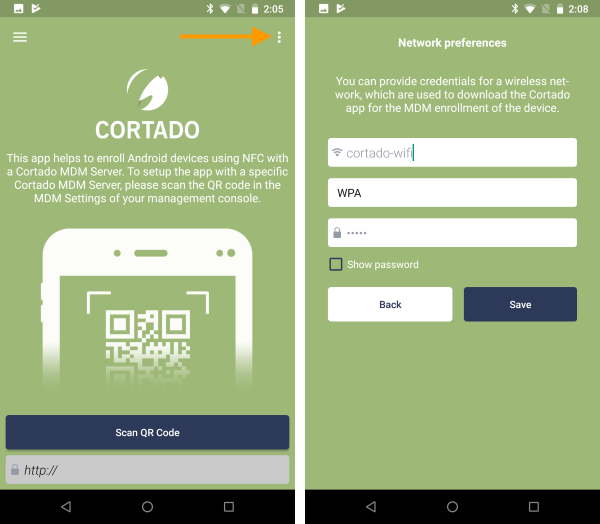 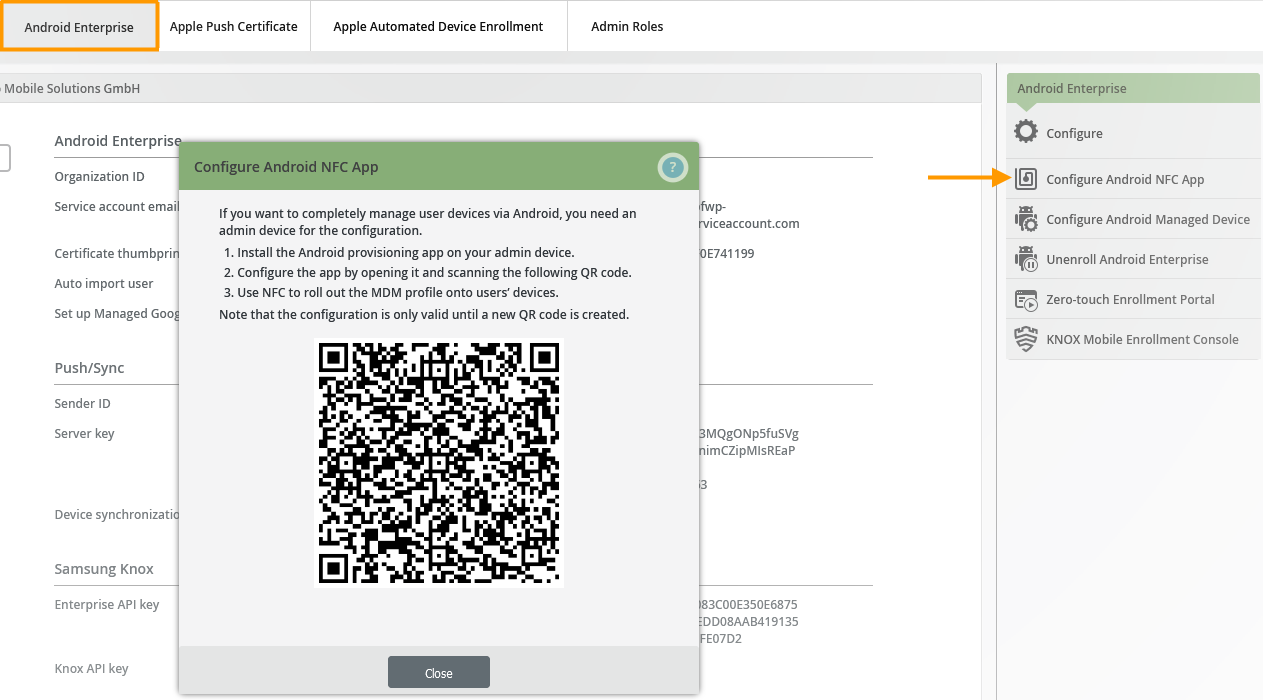 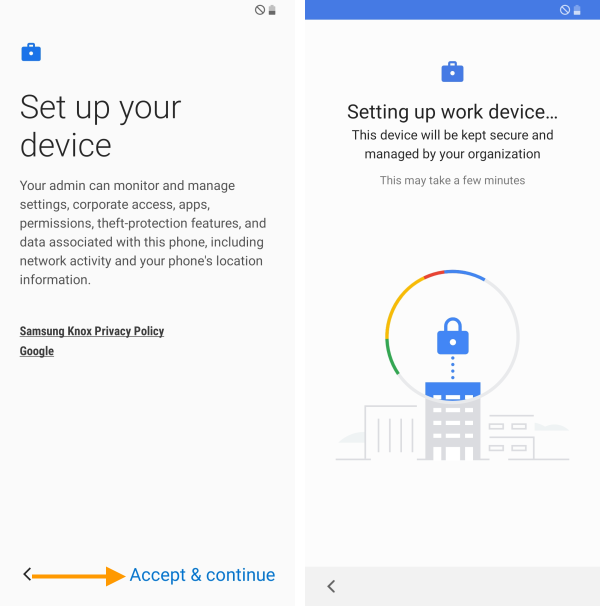 With this type of configuration the user device receives only the server information. It can then be given to any user for further configuration. The only prerequisite is that the user has already been imported into the Administration Portal and activated for Android Enterprise. 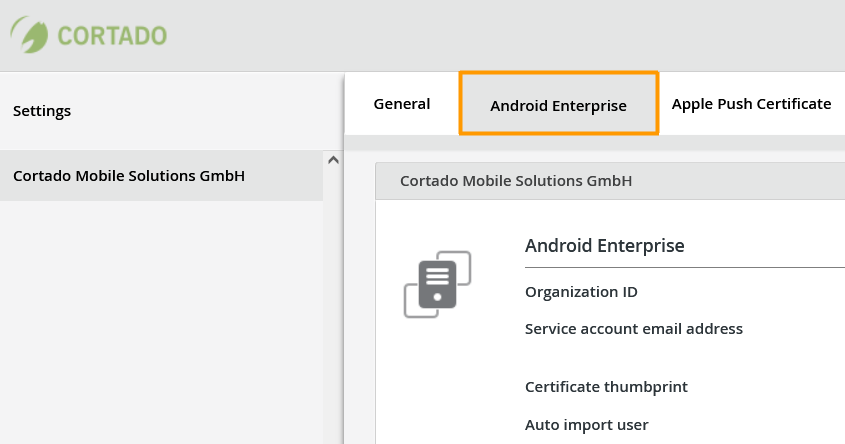 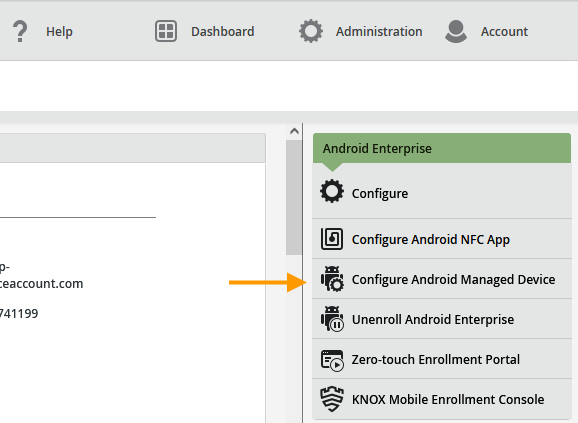 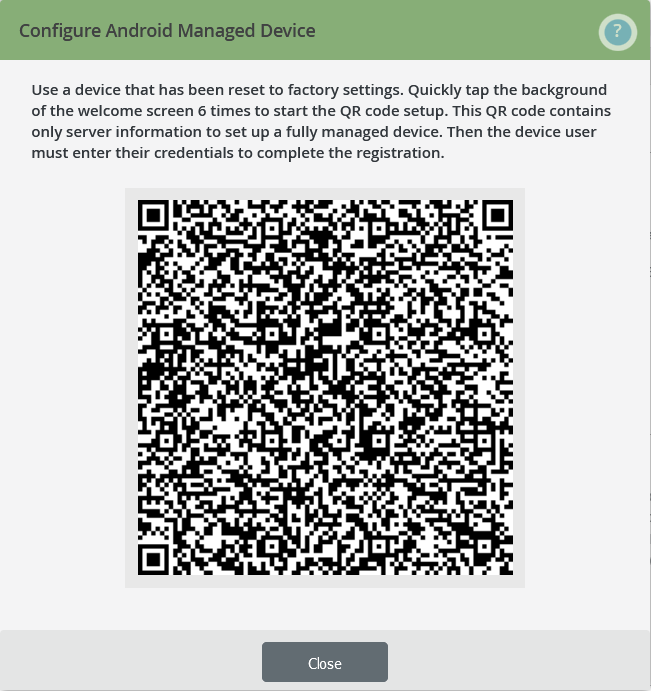 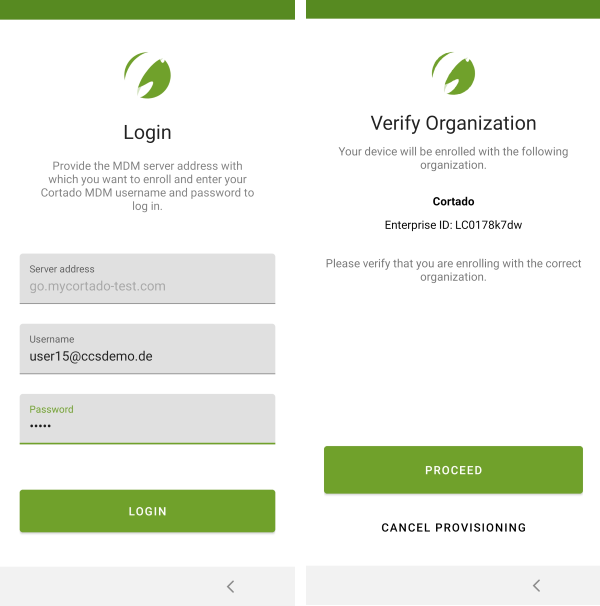 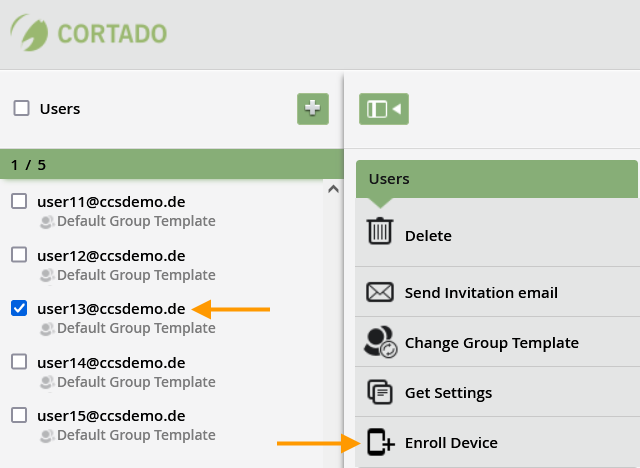 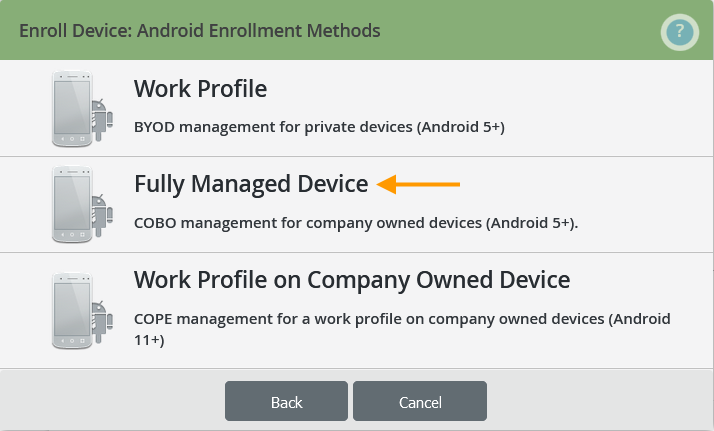 Note for Cortado MDM users! Alternatively, you can also integrate the devices via Administration→ Devices, by clicking on the plus button. There you also first select the desired user(s) and then Enroll Device. Then you can select the platform and the method as above. 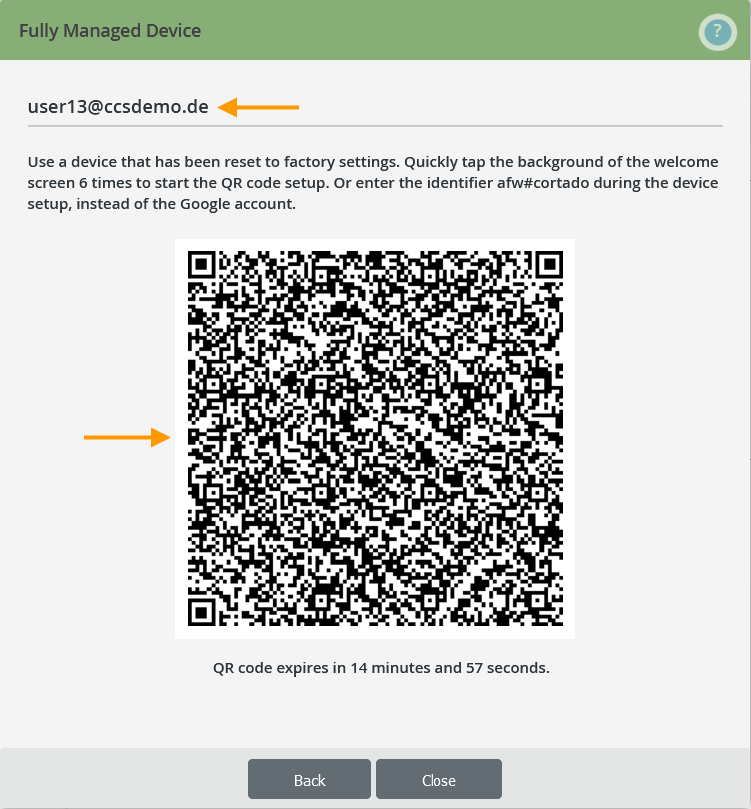 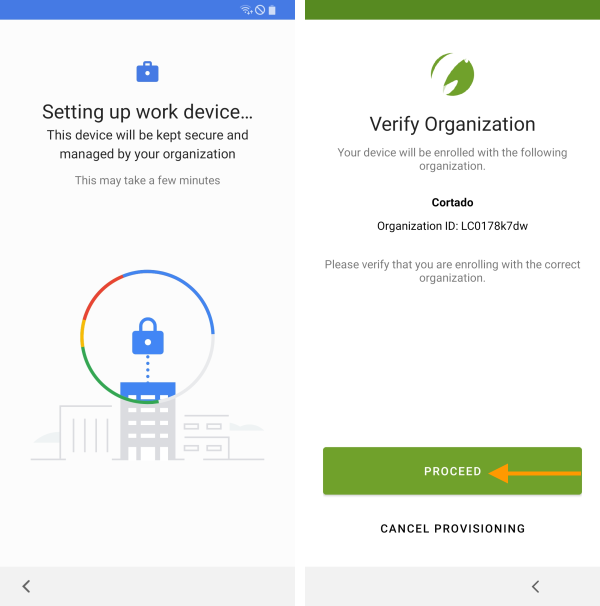