Cortado Server supports Apple’s native print option and thus offers comprehensive print support for iOS devices. It makes it possible to print directly to a network printer within the firm whether it’s an email printed from the email app or a web page directly from the browser, as well as printing from all other apps that support native iOS printing. 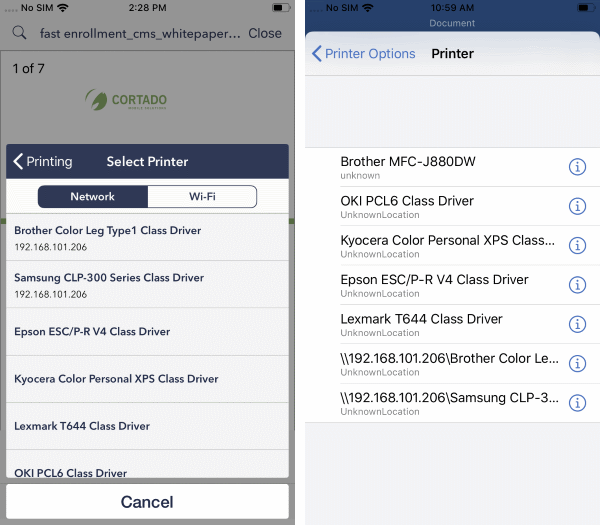 The iOS Printing Support for native iOS printing is enabled on the Cortado server by default.

To be able to use the native printing option from Apple:

Note! Downloading the Support profile in the User Self Service Portal is only necessary when there is no Apple MDM in use. When the MDM profile is used, all the company printers, as well as Personal Printer are automatically pro­vided by Apple as printers for the native iOS printing option.