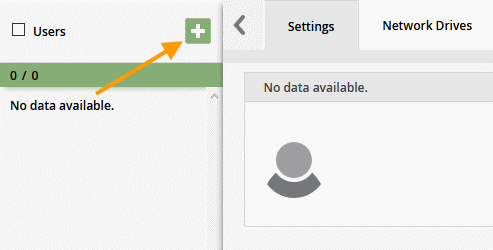 Note! Importing user data uses one Cortado Server user license per user. Installing the Cortado Server automatically installs five demo licenses. These licenses are for users and devices, so every user session on the Cortado server by either a device or the web app, uses up one license. In the article Overview of License Manager, you will find details about license activation and update subscription. 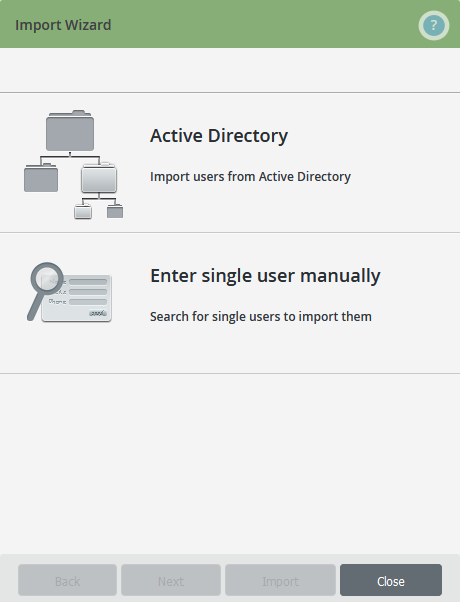 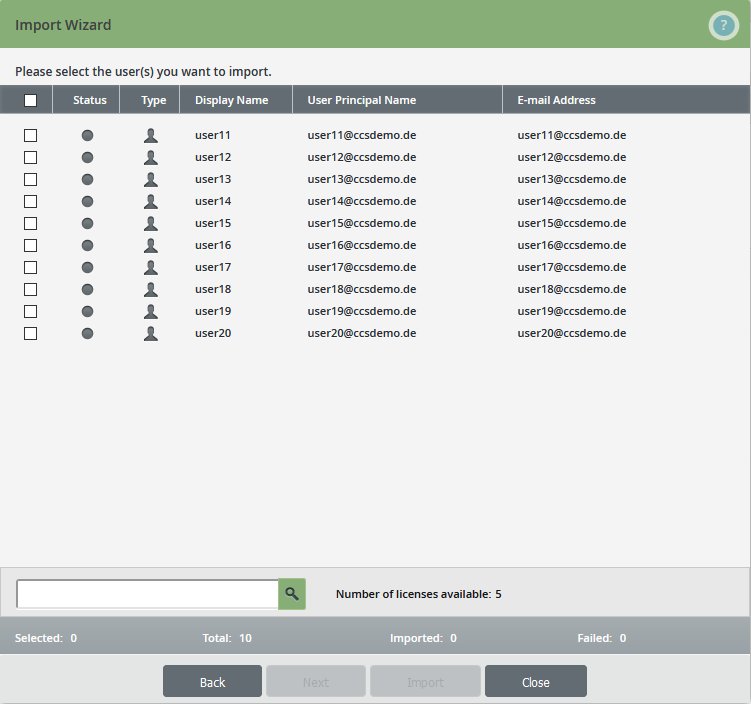 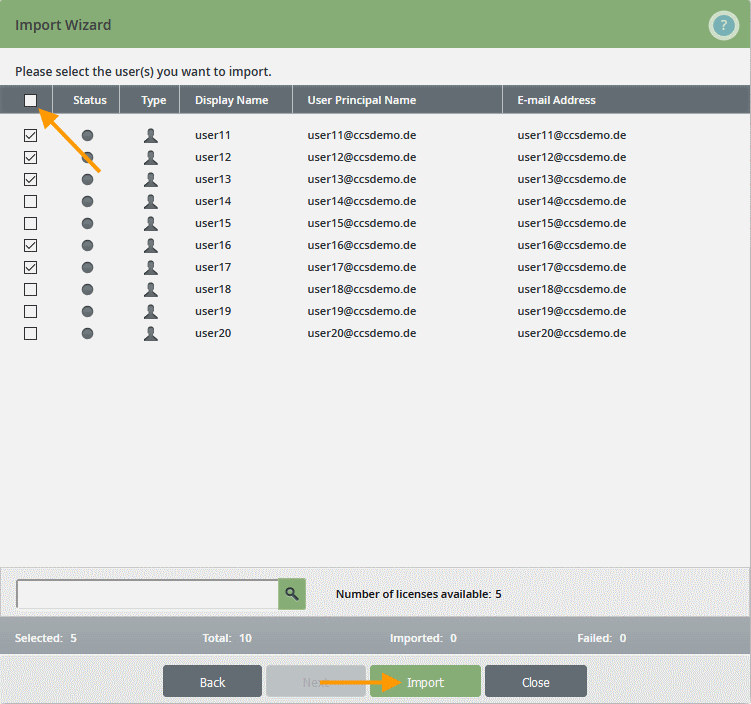 If a user has been successfully imported, a green dot appears in the status column. (upper arrows in illus.). In addition, the information bar at the bottom of the win­dow displays the number of imported users. 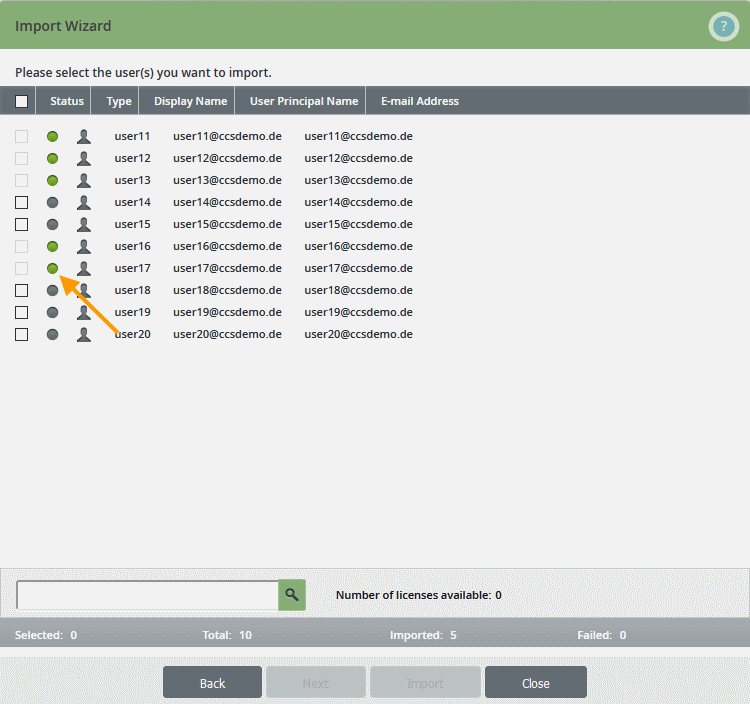 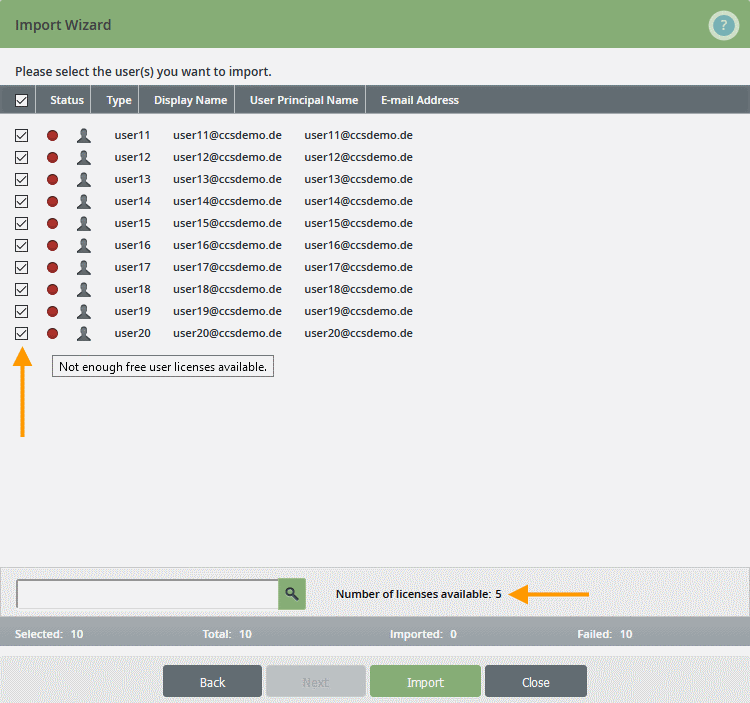 With this option you can select a user to be imported from the AD, and add him by entering the user’s data manually. Fill in one of the fields completely, or use a wildcard (*) for your search. 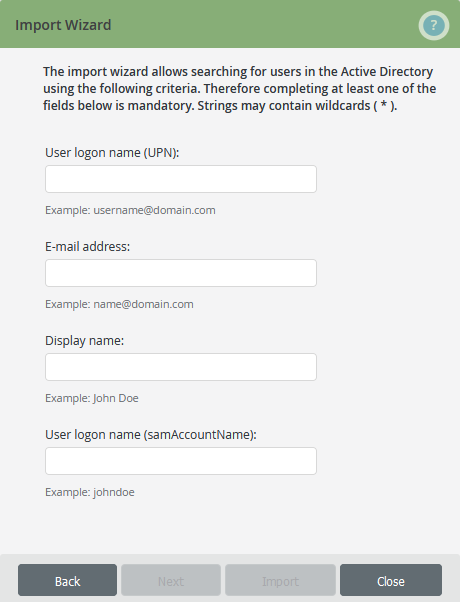 When you close the Import Wizard, the successfully imported users will be listed in user management (Users). They are now enabled to use Cortado Server.

Note! As soon as a user has been successfully imported, he will automatically receive a configuration email (see the section E-mail settings).

You can assign specific properties (settings, network drives, printers) to the users.