In order to protect corporate data, Cortado Server allows you to create a deny list of apps they find most threatening. With the deny list for apps you can prevent security-critical or unwanted apps from being installed on mobile devices.

Note! This option is not available for devices that have been embedded via User Enrollment. 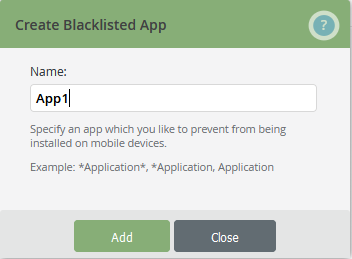 You can see the results in the following illustrations. Under both Users, as well as under Groups, you can see which apps are denied globally (Globally Deny List Apps, here: App2). On the right, you will also see the apps that are blocked for each respective group (App3 and App4).

For user16 (member of the Marketing-Group) app3 is denied. 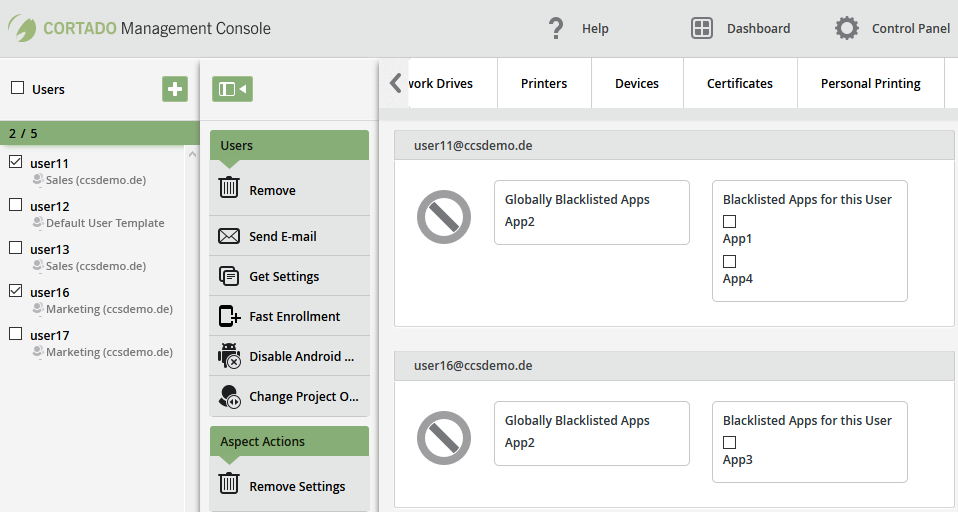 Users who install denied apps will automatically be blocked from accessing the corporate network (right arrow in illus.). Click on the button Unlock Cortado Workplace App under Devices to unlock (left arrow in illus.). 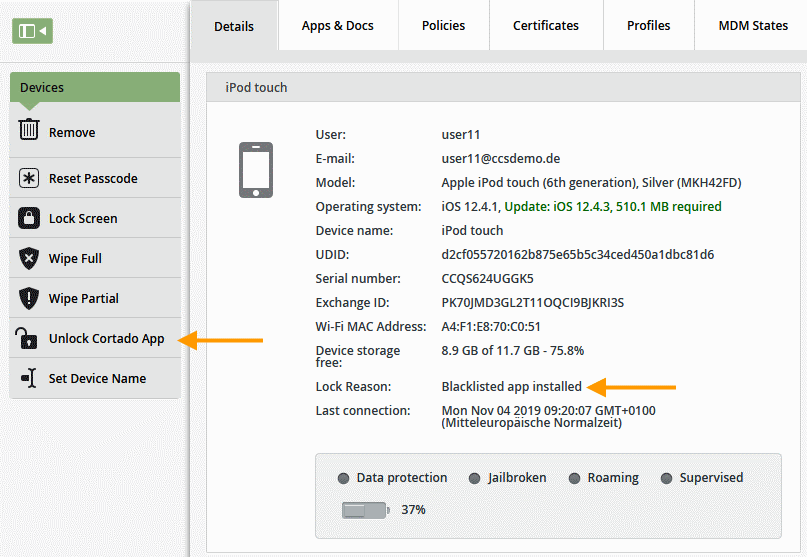