Problem: You want to distribute apps via Apple VPP to the users’ devices. Even though you specified in your VPP account that users can install their apps without having an Apple ID (Device assigned), users receive a message stating that an Apple ID is required for installation of the Cortado app. 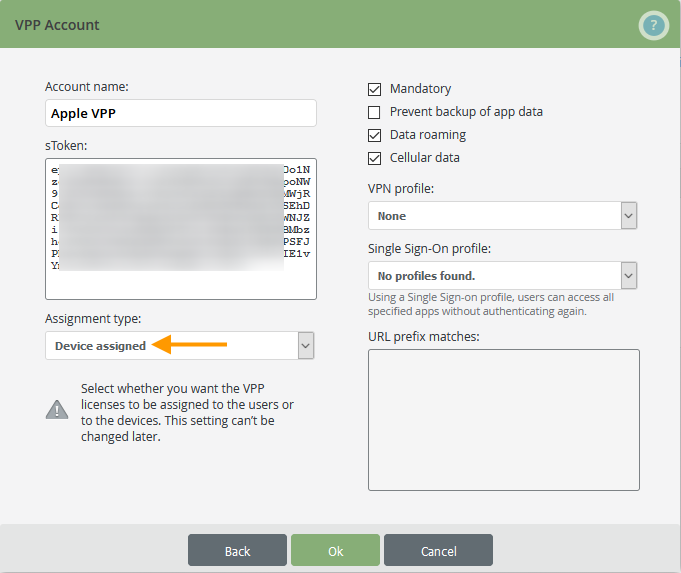 Note! For private devices that are managed via User Enrollment, the Assignment type, User assigned must be used. 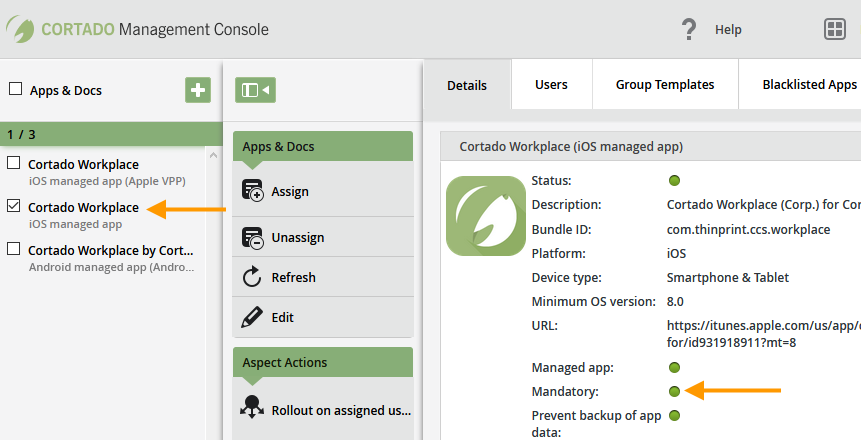 So the Cortado app is automatically downloaded from the App Store and rolled out to all users.

For device-based VPP setup, you have to disable automatic distribution of the app to all users. You do this as follows: 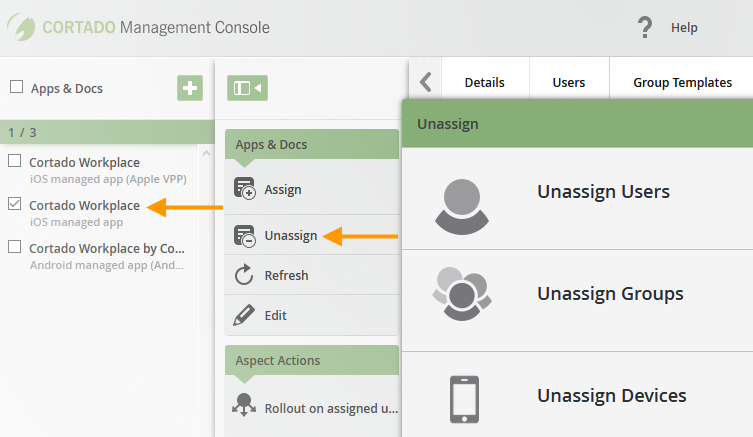 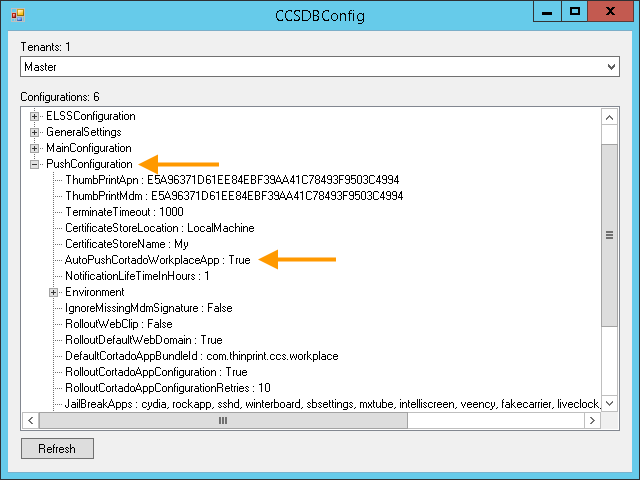 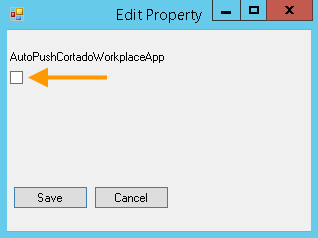